Getting It Done...
Behind The Scenes

We reach out to the communities where we live and work, donating our resources – both our time and our dollars. We bring a long history of support and involvement in our communities. Internally, we foster a culture of work/life balance with our employees and encourage their involvement in civic and philanthropic service. We pride ourselves on making a difference – both as a strong, trustworthy company and as activists for our communities. BRADENTON, FL – NDC Construction Company recently broke ground on the new DeSoto Branch of the Boys & Girls Clubs of Manatee County. The new DeSoto Branch will be built on the site adjacent to the current branch on the corner of 34th Street West and 53rd Ave. West in Bradenton. As the focus of their Invest in Kids Campaign, the new DeSoto Branch will include over 40,000 square feet of interior and exterior club space and will serve an average daily attendance of 600 club members, more than doubling their current capacity. Plans include a teen center with a separate entrance, a sports/flex field, a commercial kitchen, and other dedicated spaces that focus on academics, character & citizenship, and healthy lifestyles programming. The new Club, scheduled to be completed in the summer of 2019, will enable the Boys & Girls Club to serve more Manatee County youth and offer an environment better equipped to provide the activities and programs necessary to help our community’s kids find a path to a great future.

For more on the groundbreaking and the Invest in Kids Campaign for the Boys & Girls Clubs of Manatee County, visit: 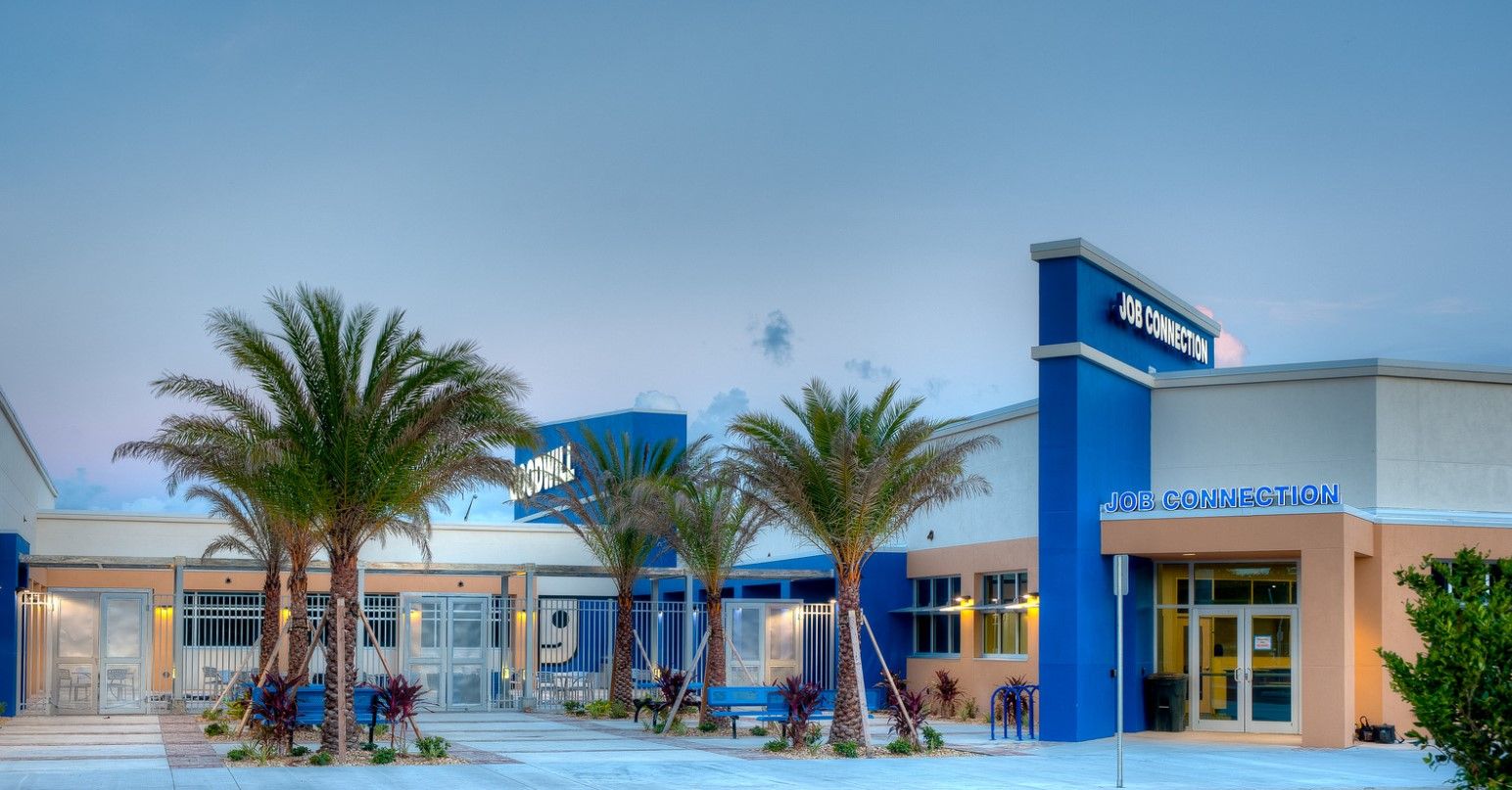 MANATEE — Goodwill Manasota opened their newest retail store and let shoppers roam the aisles at its new $13 million store Thursday. The organization’s new 69,605-square-foot corporate campus, 2715 51st Ave. E., will opened half its complex at 9 a.m. Thursday as the retail store officially welcomed the public. NDC Construction Company is proud to be part of such a monumental project for the area.

For the whole story see below: 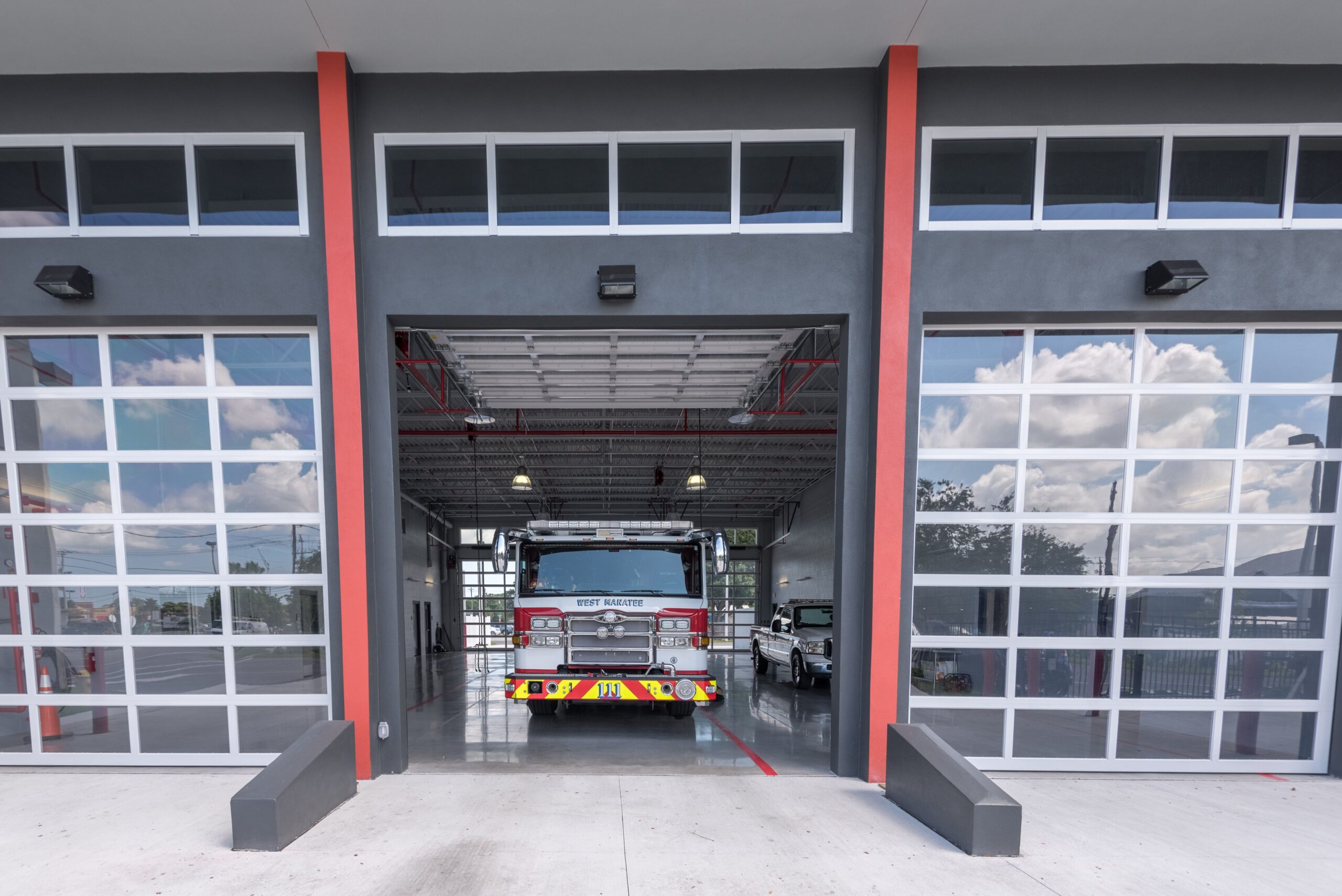 The district that the new fire station will be under covers approximately 18 square miles, which includes the cities of Anna Maria, Bradenton Beach, and Holmes Beach as well as the unincorporated areas of Cortez, Tidy Island, Palma Sola, West and Northwest Bradenton. This area carries a population of 35,731 with a seasonal influx of approximately 15,000 non-residents.

NDC Construction Company has contracted with Wannamacher/Jensen Architects, Inc. out of Saint Petersburg, Florida to handle the design along with Allison/Gause Inc. out of Bradenton, Florida who will do the engineering for the project.

Beginning next month, NDC Construction Company will begin building this new (107,000 SF) assisted living memory care facility that will be located in Lakewood Ranch, Florida and include approximately 124 resident rooms, dining rooms, activity areas, a full service commercial kitchen, administrative offices and memory garden walk paths. The design is based upon approximately one-third of the residents who are dependent upon assisted care due to varying degrees of memory ailments. The remaining two-thirds will be standard assisted living.

The project will require special attention to finish details, elimination of door & shower thresholds, lighting levels and finish colors. Residents afflicted by Alzheimer’s disease and similar ailments view and process their surroundings in a different manner than the average adult.

A state of the art resident tracking system dubbed “Skynet” requires special coordination with the product’s development team. The system will monitor resident movement and message staff if atypical behavior is detected. The technology also allows the unlocking of resident doors upon approach and is linked into the facility’s camera system to allow friends & family to check on their loved one through a secure website. Every decision that will go into the construction of Creekwood Assisted Living Facility will take into consideration the comfort and well being of its future residents.

Pirates plan more improvements at McKechnie Field
BRADENTON — While other cities tend to get demands for Major League Baseball spring training facility improvements from the teams — sometimes accompanied by threats of leaving the city — the Pittsburgh Pirates continue to highlight their commitment to Bradenton with plans to invest another $6.5 million in McKechnie Field and Pirate City.

The Pirates plan calls for replacing the existing clubhouse and expanding the agility field at McKechnie Field and building a new strength facility at Pirate City.

The city would invest $275,000 into the project from the public works budget.

The Bradenton City Council approved continued negotiations with the team over the proposals Wednesday.

“I think we are the frontrunners in the way we provide spring training and showcase the uniqueness of our partnership with the Pirates in the significant amount of money the Pirates invest into our city,” said Bradenton City Clerk Carl Callahan, who has been negotiating with the Pirates about the improvements.

The project will be “fast-tracked,” Callahan said because the Pirates want it completed before the 2015 spring training games in March.

Callahan praised the team’s commitment to the community and charitable organizations, as well as working with the city’s master plan vision to transform the area around McKechnie Field into an entertainment district.

“The Pirates are continuing to invest in Bradenton because of our long-standing relationship with the community and the vital, year-round training and rehabilitation assets that have been developed by our partnership with the city,” Pirates President Frank Coonelly said in a news release. “Our Major League and Minor League players deserve first-class facilities and the new home clubhouse at McKechnie Field and performance center at Pirate City will be among the best in the industry.”

The work at McKechnie would require an expansion into the city’s solid waste yard.

“We had a lot of discussion on how that would have an impact, but solid waste operations will not be affected,” Callahan said. “If we can accommodate the expansion without affecting solid waste adversely, then we certainly want to do that.”

The old clubhouse would need improvements within five years and the city would have been required to address the costs, Callahan said.

“They want to build this and it’s a real opportunity for us to make this happen,” he said.

“Even though we are shrinking the yard, we are improving the yard by helping with the washout,” he said.

Recent improvements at McKechnie Field include the addition of lights in 2008 and a major expansion and new fan amenities in 2013.

Mayor Wayne Poston said McKechnie Field improvements have always been well-received by the public. The fact the city would have had to pay for the improvements on its own in a few years “cements our partnership with the Pirates,” he said. “It’s a working relationship that is really good and is only getting better.”

Goodwill, NDC Construction president bought 9.2-acre site for $600,000
MANATEE — Drivers passing by U.S. 301 and 51st Avenue East will see a new landscape behind the Walmart Supercenter as trees are cleared to make way for a new Goodwill Manasota headquarters.

NDC Construction has put up its signs on the 9.2-acre site where tree-clearing has started. The trees are being cleared at 2705 51st Ave. E. to prepare for construction of Manasota Goodwill’s new headquarters. Its current headquarters is at 7501 15th St. E in Tallevast.

Manasota Goodwill and NDC Construction President Ron Allen purchased the site in July for $600,000 under the business name U.S. 301/51st Ave E LLLP from 2705 51st Avenue East LLC, a company registered to Deborah Johnson and Lucia Howell of Sarasota, according to land and business records.

The 27,000-square-foot building designed by Fawley Bryant Architects in Bradenton is expected to consolidate administrative, service and educational operations for 50 or 60 employees working throughout the region. Another 50 to 60 people will be working in a 35,866-square-foot retail store and drive-through donation center attached to the administrative complex.

The headquarters is expected to open in 2014.

The nonprofit has a $50 million operating budget and $20 million payroll to serve Manatee, Sarasota, DeSoto and Hardee counties, according to Goodwill Manasota CEO Bob Rosinsky. The nonprofit takes the revenue from selling donated goods to provide jobs and job training.

The new headquarters is expected to bring 100 to 120 construction jobs to the Manatee County site.